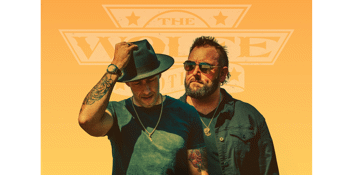 The Wolfe Brothers - Live at The Longyard

Longyard Hotel (Tamworth, NSW)
Friday, 21 January 2022 7:30 pm
118 days away
18 Plus
Country
Music
Festivals
Send this event to
Australia’s favourite country rockers The Wolfe Brothers are heading back to the Tamworth Country Music Festival in 2022 with a brand new album “Kids On Cassette”. The boys are ready to raise the roof at their return to the Longyard Hotel. After their first Longyard appearance in 2019 Nick Wolfe said “the energy from the crowd tonight made this one of the best gigs we have ever done”.
The band is hotter than ever following the first two singles from the new album being released in 2021. As soon as Covid restrictions allowed in 2021 they headed out on the road on their Startin’ Something Tour to coincide with the third single of the same name being released as a duet with USA superstars LOCASH. The first two singles No Brakes and Anybody Ever went straight to the top of the national radio charts with No Brakes being named #1 Song Of The Year on the KIX Network and the 88.9FM end of year Charts.
The Wolfe Brothers have built an ever-growing fan base from the quality and energy of their live shows and after a year of being locked up and unable to travel they are ready to get the party rolling again with a new show and a new album that will undoubtedly take the band up another notch.
Book your tickets and join the ever expanding Wolfe Pack for a great night of Aussie Country rock at its best - THE WOLFE BROTHERS LIVE AT THE LONGYARD on Friday 21st January at 7pm. Book Now