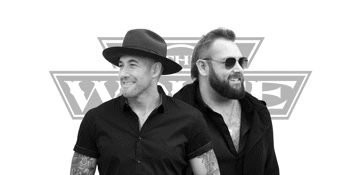 After signing a new world wide record deal with BMG Music in 2020 the band released 2 singles in the second half of the year. No Brakes and Anybody Ever went straight to the top of the national radio charts with No Brakes being named #1 Song Of The Year on the KIX Network and the 88.9FM end of year Charts.

With a swag of new songs recorded during the Pandemic Lockdown of 2020 we can look forward to a new Wolfe Brothers album being released in the first half of this year.

The Wolfe Brothers have built an ever-growing fan base from the quality and energy of their live shows and after a year of being locked up and unable to travel they are ready to get the party rolling again all over Australia with a new show and a bunch of new songs that will take the band up another notch.

Book your tickets and join the ever expanding Wolfe Pack for a great night of Aussie Country rock at its best.