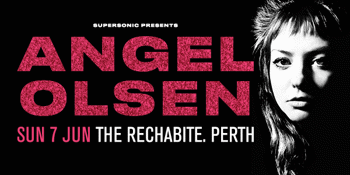 with Special Guests
The Rechabite (Northbridge, WA)
Sunday, 7 June 2020 8:00 PM
59 days away
18 Plus
Indie
Send this event to
Known for her "bold and admirably uncompromising performances" (Rolling Stone), Angel Olsen is pleased to announce a return to Australia this May and June, in support of 2019's widely critically acclaimed album All Mirrors.

Angel Olsen will be heading to Australia with her band this May with shows that will transport you to an otherworldly, ethereal place.