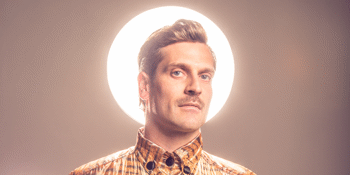 Australian vibe-maker, Touch Sensitive, returns to the Victorian coast for the first time in nearly 2 years.

Touch Sensitive is the ultimate triple-threat; as a producer, in-demand live performer and DJ, he’s a treasured slashie for artists and audiences alike. Whether it’s remixing Rufus, collaborating with Flume or touring internationally with Flight Facilities, he’s become renowned as the man with an ear for hooks and impeccable taste.

A supreme slice of Slow Motion House, armed with a swaggering bassline, syncopated synthesizers and hands that pretty much clap themselves, ‘Lay Down’ is the entree to Touch Sensitive’s debut album, out later this year on Future Classic. ‘Lay Down’ continues this trend, combining the sky-high falsetto of ‘80s, floor-filling disco with the rhythmic dynamism that has become a standard in Touch Sensitive’s frenetic live performances.