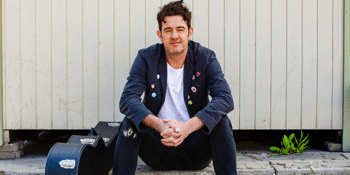 Love Police are incredibly excited to announce the triumphant return of G. Love to Australian shores in 2020, freshly celebrating the release of his stellar new record, The Juice, with a sweet solo tour.

Working closely with former GRAMMY-winning labelmate Keb’ Mo’, The Juice sees G. Love blooming out of his bluesy, post-grunge, hip-hop tinged work with G. Love & Special Sauce, creating a magnificent jazzy and folky storm to compliment his roots. The result is electrifying in both its musical and lyrical content — “a fun record that’s not overly groovy, and a serious record that isn’t depressing,” writes Glide Magazine, referencing the record’s balance between the personal and the political. G. Love’s extensive three-decade career has been one hallmarked by multiple moments of creativity and vibrancy, “I’m more inspired now I’ve ever been before,”he states; this tour seeks to celebrate and elevate this success to new, unshakeable heights — these shows can not be missed.