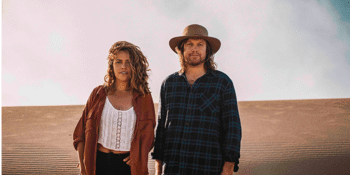 After the release of the bands debut studio album "All The While" in 2018 (also produced by Nick DiDia) they have spent the last year and a half touring between Australia and North America,  growing their sound and their audiences including sets on the main stages of Byron Bay BluesFest and appearances at AmericanaFest (Nashville) and Folk Alliance (New Orleans).

'Venturing worlds away from their humble acoustic beginnings, Little Georgia step into a new sonic chapter.  Texas explores a landscape full of psyched-out, grunge-tinged guitar and organs, coated with chillingly powerful vocals, a soundtrack for the catharsis detailing a tumultuous time for the band.

Within the confines of this 6 minute epic, TEXAS grasps at the heartache, passion and anger of a betrayal. DiDia capturing the rawness of its story perfectly during a live recording atLa Cueva Recording (Byron Bay).'