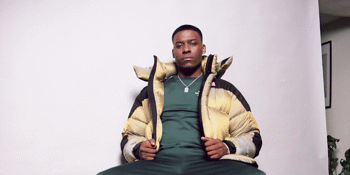 with special guests
Jack Rabbit Slim's (Northbridge, WA)
Saturday, 13 November 2021 7:00 PM
56 days away
18 Plus
Hip Hop
Send this event to
Due to the ongoing global situation, Jay1’s One Wave Australian tour has now been rescheduled for November of 2021. The good news is all previously purchased tickets will remain valid for these new dates.
If you are unable to attend, please contact your point of purchase.

Astral People, Handsome Tours and Whatslively are thrilled to announce the debut Australian and New Zealand tour of JAY1. At the forefront of the UK's rap scene, JAY1 is finally bringing his self-assured swagger down under.

Despite being a relative newcomer to the scene, with his first EP ‘One Wave’ released at the start of 2019, he has made some serious waves both in the UK and globally.

Originally rapping as Young Jay, JAY1 started making music seriously in 2016 after moving to Coventry. Since then he’s released a string of singles including ‘That’s My Bae’, ‘Good Vibes’ and ‘Becky’ which have built him a loyal fanbase.

2019 was a big year for JAY1 it saw him release his breakout single ‘Your Mrs’. The song had strong chart success in the UK, with the music video hitting 1 million views on YouTube after just three days.

He also set off on a sold out headline tour of the UK and Ireland, as well as landing a spot on the remix of Russ and Tion Wayne’s 'Keisha & Becky', an appearance on Charlie Sloth’s Fire in the Booth radio show and a feature in the Guardian ‘'A funny accent draws bare attention': how regional rappers stormed the chart’.

The end of 2019 saw him release an instant party starter in the form of his latest single ‘Million Bucks’. A classic grime ear worm with a bumping bass line that has you dancing from the get-go.

He has skyrocketed into the public consciousness and cemented himself as an irrevocable fixture in the UK rap scene, with the rest of the world in his sights.