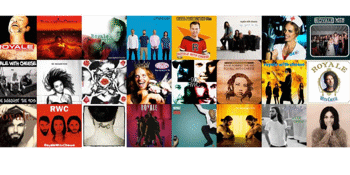 The Basement - Canberra (Belconnen, ACT)
Saturday, 22 January 2022 7:00 pm
127 days away
18 Plus
Rock
Music
Australian Artists
Send this event to
Royale With Cheese is AUSTRALIA’S PREMIER 90s ROCK SHOW, playing all 90s rock and pop covers – from Seattle-sound to Grunge to Britpop and all the best Oz Rock from the 90s.   Royale With Cheese is not just a covers band - it's a rollicking 90s party reviving one of the greatest and most influential decades in rock music.    Royale with Cheese returns to Canberra on 22 January 2022 to play ALL YOUR FAVOURITE 90s COVERS from Nirvana to Spice Girls and everything inbetween.    Come as you are to smash pumpkins and RAGE AGAINST THE 90s!