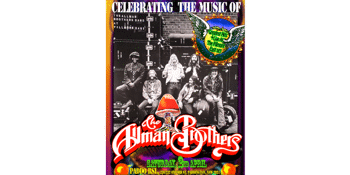 CANCELLED - Celebrating The Music Of The Allman Brothers Band

The Allman Brothers Band were one of the most influential American band formed by brothers Duane Allman, a prolific slide player and lead guitarist, and Gregg Allman on vocals and keyboards, alongside another legendary guitarist and singer, Dickey Betts, Berry Oakley (bass guitar), Butch Trucks (drums), and Jai Johanny "Jaimoe" Johanson (drums). Hailing from Macon Georgia, incorporating elements of blues, jazz, and country music, and featuring jam band-style improvisational instrumentals in their own Music and epic Live Shows!!

On Saturday 2nd of April 2022, some of the best known musicians and singers from Sydney, Australia will come together to play one show at The Paddo RSL to honour the music of this legendary Rock n Roll Band... “The Allman Brothers Band“

Performing some of their greatest hits like Whipping Post, Rambling Man , Midnight Rider, Statesboro Blues and instrumentals like In Memory of Elizabeth Reed and Jessica, the second set of the show will feature 'Live at The Fillmore East' from start to the end!

A show not to be missed for sure. Tickets on sale now !!!