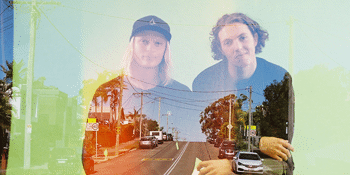 Across five years, two studio albums and an EP, Windang's Hockey Dad achieved more than two coastal kids could ever collectively dream of. Not only did their last effort,2018's Blend Inn, crack the top 10 of the ARIA album charts, but it also notched up four spots in triple j's Hottest 100, two sold-out national tours and accrued nearly 24 million streams on Spotify alone. Not bad for a pair of kids from a town where its previous biggest musical export was a jingle for a computer store.

Back with a new album, Brain Candy, that was released in the middle of 2020 - the boys are heading to the Gold Coast for the first time in over 2 years this September and they are bringing their surf/rock pals, The Grogans along for the ride as well!