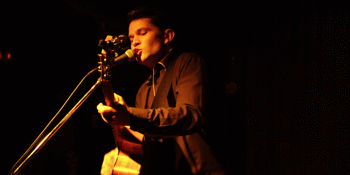 Monty woke up one day in 2012 and realised he could imitate Johnny Cash. A Boy Named Cash was born - a greatest hits tribute to the legendary Johnny Cash. From this point on Monty has performed as Johnny Cash all around Australia and the UK at arts festivals, corporate functions, weddings, mine sites, pubs and clubs, shopping centres, on cruise ships, breakfast radio and morning television. He has also performed on The Voice Australia.