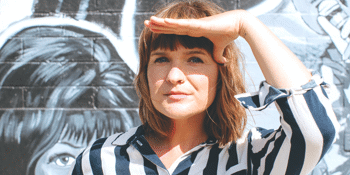 “I wrote this song because I was tired of believing I was asking too much – when really, all I’ve ever asked for is the absolute bare minimum of equality and respect. It’s a reminder to myself that if I think there’s something better out there, there probably is.”

“Something More” was the last song written for Buckingham’s forthcoming studio album “Dear John”, and is the first to showcase her new sound and story.

Having toured alongside some of Australia’s most loved artists – like Kasey Chambers, James Reyne and Washington – Buckingham is revered for her soul baring, intimate, acoustic performances. The new live show combines this organic approach, keeping storytelling at the core, with the bold addition of live looping and sampling.

Exploring new sounds was fundamental for Buckingham, while co-producing the album with long time collaborator Kent Eastwood. Premiering a collection of the new songs, the “Something More” tour is full of raw truths, unfiltered self empowerment, and just the right amount of f*^k you.