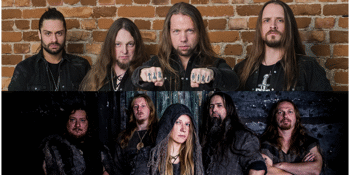 From the north they come… for the very first time in Australia! Faroese Viking lords Tyr will bring the bite of winter’s frost to our shores in May 2020, and they will be accompanied their Russian compatriots Arkona for this massive Folk Metal double bill!

Rarely does such a powerful double bill make it to Australia, let alone in the hallowed genre of Folk Metal. This tour will be one for the ages, and hits five cities for good measure! And for those wanting to go the extra mile just as the Vikings are, VIP packages will be available!

Also, can you please update the VIP experience to the following:
- VIP package to now be called "VIP Experience"
- Details of VIP package are as follows: