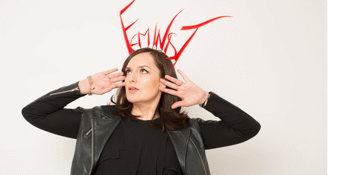 Miami Marketta, Gold Coast (Miami, QLD)
Monday, 10 February 2020 7:00 PM
20 days away
18 Plus
Comedy
Adult
Arts
Alternative
Cultural
Personal Development
Send this event to
Join comedian Deborah Frances-White and her special guests for a live recording of the wildly popular podcast, The Guilty Feminists.  Hear them discuss their noble goals as 21st century feminists and the paradoxes and insecurities which undermine them.

“I’m a feminist but… one time I went on a women’s rights march, and I popped into a department store to use the loo, and I got distracted trying out face cream. And when I came out the march was gone.”

The podcast has become a phenomenon, with over 35 million downloads in two and a half years. Returning after a sold out 2019 Australian and New Zealand tour, The Guilty Feminists are back for another night of comedy and discussion.