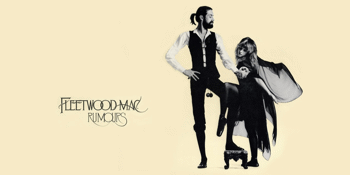 Lyric's Underground (Maylands, WA)
Friday, 28 February 2020 8:00 pm
10 days away
18 Plus
POP
Rock
Folk
Send this event to
Don't miss an intimate night with some of Perth's best musicians taking you through one history's greatest albums.
Sophie Foster - Vocals
Steve Hensby - Vocals and Guitar
Elysia Murphy - Vocals and Keys
Rick Webster - Guitar
Josh Dyson - Bass
Greg Brenton - Drums
Upon its release in 1977, Rumours, now reissued as a 4xCD/DVD/LP box set featuring live recordings, alternate mixes, and studio outtakes, became the fastest selling LP of all time, moving 800,000 copies per week at its height. Its success made Fleetwood Mac a cultural phenomenon and also set a template for pop with a gleaming surface that has something complicated, desperate, and dark resonating underneath.
Fleetwood Mac's Rumours would never be just an album. Upon its release in 1977, it became the fastest-selling LP of all time, moving 800,000 copies per week at its height, and its success made Fleetwood Mac a cultural phenomenon. The million-dollar record that took a year and untold grams to complete became a totem of 1970s excess, rock'n'roll at its most gloriously indulgent. It was also a bellwether of glimmering Californian possibility, the permissiveness and entitlement of the 70s done up in heavy harmonies. By the time it was made, the personal freedoms endowed by the social upheaval of the 60s had unspooled into unfettered hedonism.

As such, it plays like a reaping: a finely polished post-hippie fallout, unaware that the twilight hour of the free love era was fixing and there would be no going back. In 1976, there was no knowledge of AIDS, Reagan had just left the governor's manse, and people still thought of cocaine as non-addictive and strictly recreational. Rumours is a product of that moment and it serves as a yardstick by which we measure just how 70s the 70s were.