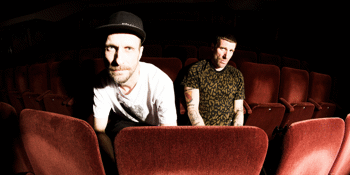 with special guests
The Triffid (Newstead, QLD)
Thursday, 12 March 2020 7:30 PM
51 days away
18 Plus
Electronic
Punk
Send this event to
Due to extreme demand, this show has been moved to The Triffid. All tickets already purchased for this show will still be valid at the new venue.

Vocalist Jason Williamson shouts against austerity-era Britain’s malaise andstagnation with plenty of profanity, but even more cleverness and wit; and while hislyrics specify conditions in his home country, his anger and call-to-arms can uniteall of us who witness and work under a system that privileges the wealth of the few over the bare comfort, and even the survival, of the just-as-worthy many.

With Andrew Fearn‘s deceptively simple beats and melodies underpinning Williamson’s virtuosic vocal performances, this would be a fascinating act, messageor no; but the drive, meaning, and compassion behind their catchy, and even dancefloor-ready tunes make Sleaford Mods as vital politically as they are artistically.