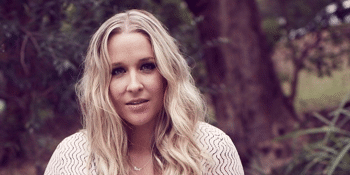 Catherine Britt has a voice that instantly gets your attention… but unlike others, it is the craftsmanship of this singer/songwriter who unashamedly boasts a worthy story to tell that truly keeps her audience enthralled.

She has lived a life in the world of entertainment most will never experience or dream of! The Aussie girl from the coal works of Newcastle uprooted herself at 17 years old and moved for six years to Nashville TN (USA) where she gained a deep knowledge of country/roots/folk history as well as touring extensively and releasing top 40 Billboard hits.

Catherine Britt remains to this day the youngest Australian to ever perform at the Grand Ole Opry at the tender age of 17.

Not only is she an accomplished singer/songwriter, she has also proved herself as a formidable interviewer and comfortable host in her role since February 2012 of Australia’s national radio broadcast of ABC Saturday Night Country showcasing her own flavour on the popular program each week. She also shines on television as the host of CMC’s ‘Alt Country’ program and now as the Managing Editor & Owner of Australia’s ONLY Roots Music Magazine – Rhythms.

Whilst her credentials to date are enough for most, Britt’s drive to better herself and continue to improve, as an artist is what has led her to continue on as one of Australia’s most successful Singer/Songwriters and businesswomen.