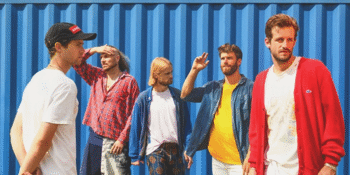 with Alice Ivy
Highfields Tavern (Highfields, QLD)
Saturday, 10 October 2020 8:00 pm
64 days away
18 Plus
Rock
Send this event to
The Rubens are extremely excited to announce their biggest Australian tour to date – the LIVE IN LIFE tour

Presented by triple j, the 27-date run will see the five-piece play a combination of metro and regional venues from May through June in celebration of their infectious summer jam, ‘Live In Life’.

Joining The Rubens on the upcoming ‘Live In Life’ tour is Alice Ivy. The artist’s eclectic signature sound spans sample-influenced soul, hip-hop and electronic pop that she brings to life live as a multi-instrumentalist. With her second album set for release mid-2020 and a reputation for explosive live performances, Alice Ivy is fast becoming recognised as one of Australia’s most versatile and exhilarating artists.