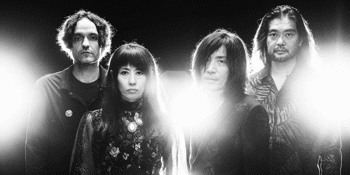 Presented by The Bird’s Robe Collective & The Music

with Jo Quail (UK), and Selfless Orchestra.
Rosemount Hotel (North Perth, WA)
Wednesday, 4 March 2020 7:30 pm
37 days away
18 Plus
Metal / Hard Rock
Rock
Indie
Send this event to
Japanese instrumental rock group MONO are in the midst of a world tour celebrating their 20th anniversary and now have announced they will return to Australia in March 2020, three years since their last visit.

Originally formed in 1999, MONO’s unique approach blends orchestral arrangements and shoegaze guitar noise into memorable and emotional epics. Consistently held in high regard by their peers, their music has been praised by media, including NME proclaiming “This is music for the Gods.” Amongst their fans, they are revered as one of the best live experiences in rock.

They are also one of the hardest working bands on the planet – their annual world tours consist of over 150 shows and they have also established themselves as respected curators for the After Hours Festivals in China and Japan.

The tour follows landmark shows in iconic venues such as The Barbican in London & The Regent Theater in Los Angeles. The band was also invited to headline London’s Meltdown Festival at the invitation of The Cure’s Robert Smith. Amidst all this, MONO released their 10th studio album “Nowhere Now Here” produced by long time collaborator Steve Albini.

“Nowhere Now Here” features the band at the peak of their powers, casting a wide net from pummelling waves of sound to the delicate and melancholy passages that they are beloved for creating.

Having cemented their place amongst their post-rock and shoegaze contemporaries such as Explosions in the Sky, Sigur Ros, My Blood Valentine and Mogwai, MONO are nonetheless peerless in terms of their incendiary live performances.

Returning once again to Australian shores, this tour is a celebration of the breadth of MONO’s career and will visit venues in Perth, Adelaide, Melbourne, Sydney & Brisbane.

Joining as very special guest for all shows is British cellist and composer Jo Quail, who has toured extensively with MONO as well as featuring in Australia at landmark venues such as Melbourne Recital Hall & Adelaide Festival. MONO will reprise their acclaimed performance at this year’s Roadburn Festival with Jo as a special guest performer during a career-spanning 100-minute set.

Taka of MONO says “Australia has always been a special place for us, it's going to be 3 years since the last time we visited this beautiful country. We're very excited to share our music again with you all and celebrate our 20th year anniversary with all our Australian fans with a special set. See you soon!"