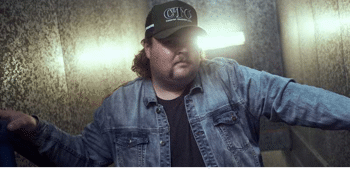 Having just sold out a huge run of shows in NSW and ACT &  QLD Brad Cox has announced he will be adding new dates  to the Drinking Season Unplugged Tour to Queensland.
The tour will visit a handful of extra towns in SE Queensland with capacities strictly limited and all shows seated only. Given the strong sales so far, it seems many are excited to see Brad perform solo at these unique and intimate shows.

Supporting Brad on all shows will be the recently crowned winner of the 2020 Toyota Star Maker, Townsville singer and songwriter Sammy White.

Since taking out the Toyota Star Maker title in 2018, Brad Cox has worked quickly to make a name for himself in the Australian country music scene. He has opened shows for Brett Eldredge, Jon Pardi, Randy Houser, Adam Eckersley and Brooke McClymont plus sold out his own shows on his 2019 ‘Give Me Tonight Tour’, which saw him play his biggest headline shows to date. Checkout a recap of the shows here.