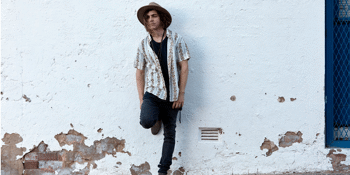 with special guests
Imperial Hotel Eumundi (Eumundi, QLD)
Friday, 11 December 2020 7:30 PM
80 days away
18 Plus
Music
Music
Australian Artists
Send this event to
Much of the country was oblivious to the career Nathan Cavaleri led beyond prime time Australia. By age 12, he found himself the centre of a bidding war between the labels of Michael Jackson, Prince and Madonna. By age 16 he'd toured with B.B. King as his guest, and played at the Kennedy Centre in front of The Clintons with Etta James and Bonnie Raitt.

Ticket holders information will be collected for the purposes of Track & Tracing to comply with current restrictions. Providing your info is a condition of entry to this event. We thank you for your understanding.

This is an 18+ event. To comply with Covid-safe practices this is a SEATED event and tickets are strictly limited. You will be required to stay seated unless going to the bar, but you are able to group your seating to be near friends.