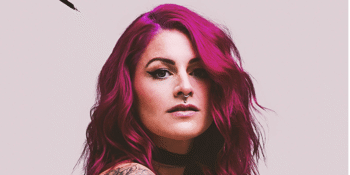 Karise Eden’s voice can move a nation. She shot to fame at the age of 19 with a viral audition video that now has over 40 million views on YouTube which then cultivated her debut album to break sales and chart history.

A true surprise package, ELSKA lures you in with her creative use of live harp and vocal looping entwined within her playful brand of pop. Her engaging live performance sparks wonder and intrigue, and redefines the boundaries of her once-classical instrument. ELSKA is changing the way we perceive the harp and is proving that anything is possible in the world of pop music.