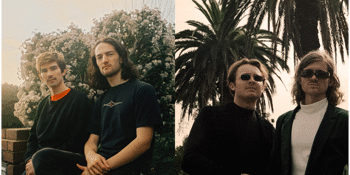 Close Counters fresh off the back of their ‘FLUX’ EP supported by the likes of BBC
Radio 1, triple j, Clash Mag, Mixmag and more announce their next run of headline
shows at 170 Russell. With a knack for flow and re-inventing, the pair have also
produced a string of incredible remixes for Young Franco &amp; Denzel Curry, Bag
Raiders and 30/70 that further showcases their diverse soundscape at the
crossroads of house, neo-soul, hip-hop and disco.

The highly anticipated project of long-time friends Hans Müller and Wolfgang Schneider bring to you Lazywax. Meeting at a discotheque in Berlin, the duo immediately began finding similar interests in their favourite Italia-disco producers and composers. Their instant connection lead to the birth of their first track ‘Pluto’ at Han’s studio on an 8 track tape machine, Minimoog Model-D and a Juno 60.

Since the inception of the Lazywax project, the pair have been devoted to the studio where they have been tirelessly working to create an array of quintessential discotheque tracks which draw on elements of modern European disco, whilst still paying homage to disco deities of the seventies and eighties. Although the project has been kept tightly-sealed over the years, the rumours have finally surfaced about a string of live performances set to take place in the near future. For now enjoy the release of Lazywax Vol1.