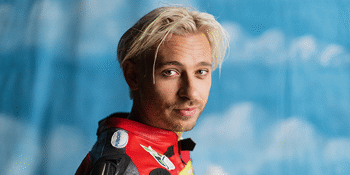 The announcement of shows – Flume’s first live dates down under since 2019 – come in the lead-up to his upcoming 13-track new album Palaces, released May 20 via Future Classic. Palaces sees Flume reconnecting with nature and collecting field recordings, the son of a horticulturist inspired by the local wildlife of NSW’s Northern Rivers. Palaces follows his 2019 Grammy-nominated mixtape Hi This Is Flume, and 2016’s studio album Skin. That release hit #1 on the ARIA Album chart, #8 on the US Billboard 200, and won Flume a Grammy for ‘Best Dance/Electronic Album’.

Flume’s biggest show in the Apple Isle to date. December 2 will see Flume take to the outdoor stage at the revitalised Hobart Regatta Grounds on the banks of the River Derwent for an unforgettable night with one of Australia’s most successful artists.

This show is bound to be epic! Tickets won't last, this big top show has limited capacity.

Patrons are advised to purchase tickets only through authorised ticket sellers.
Frontier Touring cannot guarantee any ticket purchase made through any means other than the official ticketing agents listed on the Frontier website