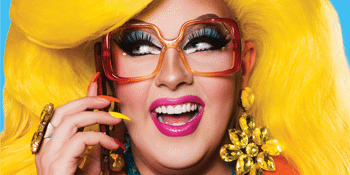 KAREN FROM FINANCE | Out Of Office

Pack your calculators, save your spread sheets and set your automatic email reply because Karen From Finance is heading Out of Office! She's hitting the road and she's hitting it hard. Say goodbye to the 80 hour work week and jump on board the Finance Express for this one-woman journey of self-discovery...and self-annihilation.

Beloved Australian drag queen Karen From Finance presents her debut one woman show Out of Office which features all of her trademark high-camp and hilarious mashups, plus all the tomfoolery you can poke a presentation pointer at.