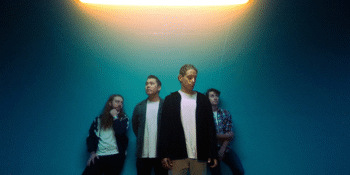 Slowly Slowly are going back on the road with their new album, Race Car Blues, hitting up venues across Sydney, Brisbane, Melbourne, Perth and Tasmania mid this year.

The album captures a formative period for Slowly Slowly frontman Ben Stewart. Where their 2018 album St. Leonards found him reflecting on his entire life—harking back to painful moments and trying to rectify them—this album traverses through a crucial 18 months of self-assessment and development.

Describing soaring album-closer ’Race Car Blues’ in more depth, Stewart explains that the song was something of a ’hard chat’ with himself. The track and accompanying music video capture Stewart grappling with the incongruence between where he was at as a person and artist and where he wanted to be.