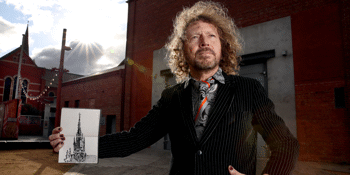 with special guest Claire Birchall
The Bassendean Hotel (Bassendean, WA)
Saturday, 8 February 2020 7:30 PM
21 days away
18 Plus
Rock
Punk
Grunge
Send this event to
Originally aspiring to be a nuclear physicist, Kim Salmon was swayed by the sounds of rock’n’roll and became a Scientist. He later became a Beast of Bourbon and then a Surrealist.
He’s been a seminal influence on garage and grunge rock and countless bands including Nirvana, Mudhoney, Jon Spencer Blues Explosion, White Stripes, Sonic Youth, The Drones and Spacemen 3.
In 2019, Kim reappeared in the spotlight with another tour with The Beasts, a biography and book of art and 2 new singles as well as his beloved Scientists being inducted into the WAM Hall Of Fame.
He now takes his new solo outfit out on the road to showcase new material as well as play hits form his illustrious back catalogue.