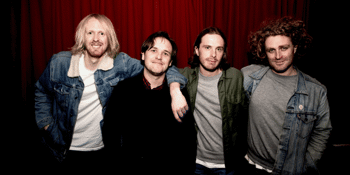 with special guests
Shoal Bay Country Club (Shoal Bay, NSW)
Saturday, 4 April 2020 8:00 pm
45 days away
18 Plus
Alternative
Indie
Send this event to
The much anticipated return of British India happens this Summer as the boys return to the stage after a 12 month layoff, following the departure of lead guitarist Nic Wilson 2018. The band will embark on a run of live dates on the east coast throughout including festival performances at Stonefest in Canberra, BIG Festival in Geelong and Flavour Fest in Melton!   Over the course of their impressive career, British India have earned four Top 10 ARIA albums, eight entries into the Hottest 100 and their classic single I Can Make You Love Me is accredited Gold in Australia