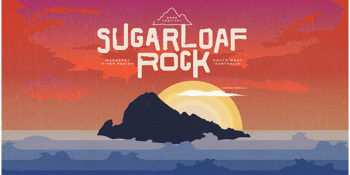 For music fans, this is set to be the Margaret River Region’s hottest summer on record.

The good folk behind Here Comes The Sun Festival are proud to announce...Sugarloaf Rock – an all-day fiesta of great food, great wine, and the best musical talent in Australia.

Taking over its spiritual home of the beautiful 3 Oceans Winery on Saturday February 8, 2020, Sugarloaf Rock will treat fans to the ridiculously spectacular line-up of Grinspoon, Wolfmother, Dead Letter Circus, Stonefield, Abbe May, The Southern River Band and Legs Electric... plus artisan stores, local artists and more!

EARLY RIDER BUS PASS
Get to the show from the get go! These buses arrive at gates open so you can experience the whole day.
The Early Rider bus tickets depart the event staright after the show at 10:30pm