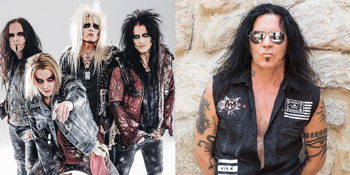 Get set for a wild ride on the Glam, Sleaze and Street Rock rollercoaster as Silverback Touring brings together Swedish hellraisers CRASHDIET, Sunset Strip legends JIZZY PEARL’S LOVE/HATE and local glamster’s SISTERS DOLL for a night of utter chaos.

"Go big or go home” is a phrase we've all muttered, shouted, or heard multiple times in our lives. For Swedish hard rockers CRASHDIET, it has been the motivational catch phrase since they started out back in the beginning of 2000.

As fans who have followed the band know, the band has gone through a bit of turbulence in their career, with deaths, line-up changes, and a history of substance abuse that would make some legendary '80s hard rockers blush.

However, the boys have also become known for picking up the pieces and returning to the fight every time they get knocked down. Their undeniable mixture of '80s arena rock with notable elements of punk has made them a significant name in the revival of the sleaze and glam (or hair metal) genre. CRASHDIET released their critically acclaimed debut album Rest in Sleaze in the fall of 2005 through Universal Music, giving them a springboard to success in their home country of Sweden, which then spread like wildfire across the globe. In September of 2019 they released their fifth studio album Rust.

JIZZY PEARL has been a fixture on the world-famous rock scene of The Sunset Strip in L.A. and beyond since his edgy street rock band LOVE/HATE released their debut album Blackout In The Red Room in 1990. Blackout In The Red Room received Best Record of the Year honours from Kerrang! and Metal Hammer in addition to being a critics and fan success. It also crashed on to the Billboard Top 200 chart. It established LOVE/HATE as genuine Hollywood rock superstars, and they developed a strong cult following. Another stunning album Wasted In America followed to similar fanfare the band hit the road with the likes of SKID ROW and OZZY OSBOURNE! Since then, Jizzy has played, recorded and toured with platinum artists like RATT and L.A. GUNS.

Now JIZZY PEARL’S LOVE/HATE are hitting Australia for the very first time to celebrate the 30th anniversary of Blackout In The Red Room, which they will be performing in its entirety.

Rounding out the bill are Melbourne glam rockers, SISTERS DOLL, who have developed a solid reputation for their explosive live show, showmanship and enjoy one of this countries fiercest and loyal followings. 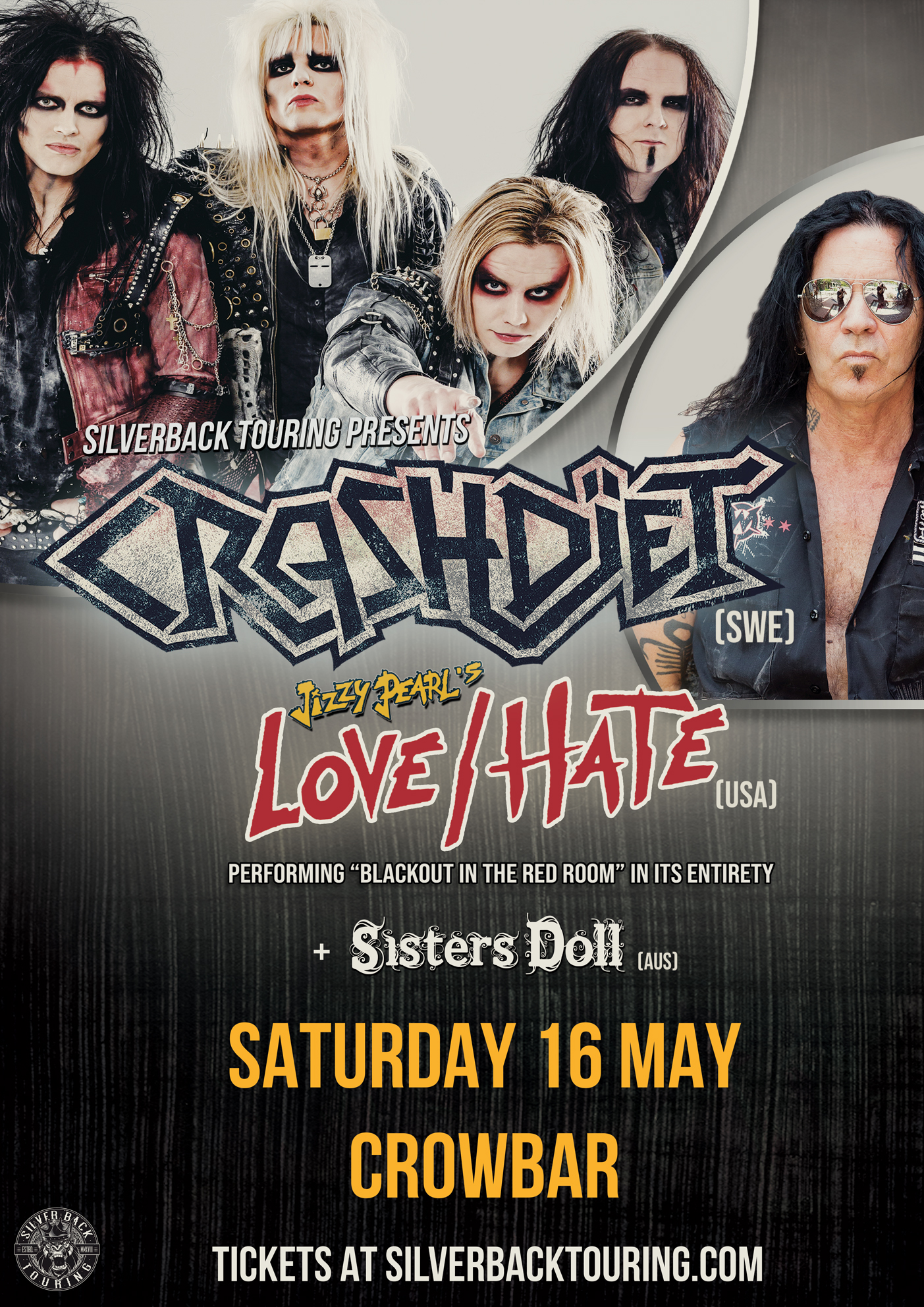