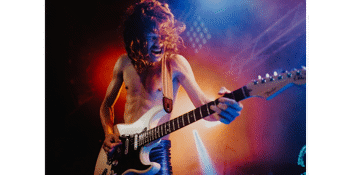 They say you’re only as good as your last, and whoever ‘they’ may be, they’re dead right. The Southern River Band epitomise everything about that statement. Be it a life changing live show, soundtrack-to-the-rest-of-your-life song, cinematic masterpiece video, anything, no, everything - They never fail to raise their own bar.

The band from Thornlie (Where? Exactly) spent their 2019 touring Australia, gigging relentlessly, taking their Rock ‘n’ Roll Dance Party to anywhere with a stage and a PA. Along with earning their keep at being one of the best live acts in Australia, the band released their sophomore record ‘Rumour & Innuendo’ to rave reviews from fans and critics alike. The first single ‘Chimney’ reached a massive global audience, and the aptly titled second single ‘Second Best’ brought with it the bands absolutely ridiculous debut on the silver screen.

SRB played with one of Australia’s greatest ever bands Cold Chisel to over 16,000 rabid fans to ring in the new year. There’s no sign of slowing down for Thornlie’s greatest ever export either - shows with Birds of Tokyo, Jebediah, Gyroscope, Wolfmother, Grinspoon, Amyl & The Sniffers, and a gargantuan National tour supporting arguably the greatest British rock band of the 21st century, The Darkness, lay the foundations for what can only be described as a (insert superlative here) year and beyond for The Southern River Band.

To quote another Australian icon - “Do yaself a favour”.