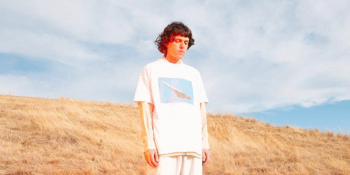 ALLDAY, ‘Chubby Boy’ to his loyal fans, is renowned for making hit songs from a hybrid of hip hop, rap and pop.

Allday has 3 x Gold ARIA Certifications to his name (You Always Know The DJ, In Motion and second EP Loners Are Cool), and has amassed over 50 million Spotify streams, over 20 million YouTube views and has had 4 singles appear in Triple J’s Hottest 100.

Adding to ALLDAY’s long list of accolades, ‘Starry Night over the Phone’ was named Triple J Feature Album, ahead of his performance at Splendour in the Grass 2019: a performance that will be remembered for years to come and featured guest performances by Mallrat, The Veronica’s and Japanese Wallpaper.

ALLDAY has appeared on most major Australian festivals including Beyond The Valley, Groovin’ The Moo, Falls Festival, This That, Spilt Milk, Field Day and many more.

ALLDAY’s palette of music is drawn from two major pools of inspiration "I grew up listening to different kinds of Hip Hop from MF Doom and Wu Tang to Kanye & Drake. I am also influenced by Folk, Country & old Rock. I think the goal of my music is to combine it all.