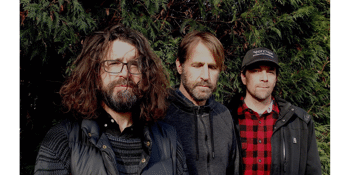 Cool Perth Nights & Out Of The Loop

SEBADOH PLAY MOJO'S BAR. Local supports will be announced soon. Get your tickets as East Coast shows are all selling out and this show at Mojo's is definitely the best that 2020 has to offer – thus far!!!!! <  3
Some bands can argue that they’re seminal, and some have no need to say anything, letting their name speak for itself. Sebadoh must fit in to the latter category. Nearly six years since their last Australian tour, they’re finally dragging their lo-fi slacker genius back to our shores.

With the release this year of their acclaimed return to form album Act Surprised, their first since 2013’s Defend Yourself, the band have returned to the genius that made them an essential part of every right thinking person’s record collection.

On leaving Dinosaur Jr in 1988 and teaming up with old mate Eric Gaffney, Lou Barlow almost invented a new genre in rock n’ roll, signing to the seminal Seattle label Sub Pop and releasing a couple of cassette only releases that are much sought after collector’s items. Despite several line-up changes Sebadoh effectively became an outlet for Barlow’s creative efforts outside of Dinosaur Jr. As the obligatory hiatus for the first part of the 2000s kept fans wondering if they’d seen the last of them, 2007 saw Sebadoh reform to much acclaim and the promise of new recordings.

That promise has now led to a second post-reformation recording, with Barlow taking time off from Dinosaur Jr to regroup with Jason Loewenstein and Bob D’Amico to track 15 new songs last year, with Justin Pizzoferrato, the engineer behind many Dinosaur Jr albums at the helm. The studio results see Loewenstein taking the lead on his more lo-fi style musings paired against his co-conspirator’s folkier style offerings, with the band actually spending more time working on this album than many of their previous minimalist efforts. “In the past,” says Barlow, “we would write in the studio and the songs would develop on the road.“ This time, we did some rehearsals a few weeks before recording,” adds Loewenstein, “which we almost never do. So we got a chance to not use the first take and took time to finesse things, which we also don’t usually do, so that was a good step.”

For their first tour down under in almost six years, with a new album under their belts and their lo-fi garage slacker pop offering the blueprint for many acts worldwide, this is a rare chance for Australian fans to enjoy their seminal sound live.