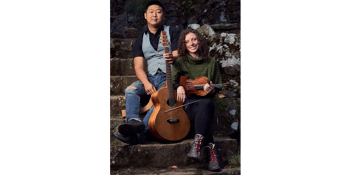 Royal Oak Hotel (Launceston, TAS)
Friday, 7 August 2020 9:00 pm
Today
18 Plus
Folk
Send this event to
Yyan and Emily has played sold out shows on top of Mount Wellington at midnight, Hastings caves, treehouses, house concerts, festivals and venues all over Tasmania yet they have never played Launceston's Royal Oak Hotel. After cancelling their victorian tour in late April, Yyan and Emily launched their debut album online and successfully launched their pozible campaign.

This will be their first live concert post-COVID19 and debut at the Royal Oak Hotel. Fresh from a TasArts residency program they will debut some new songs and also play tracks from the debut album. As it is a belated mini album launch of sorts, personalised signed CDs will be available on the night for purchase.