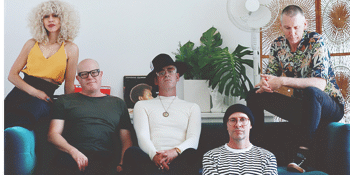 With Special Guests
The Wheatsheaf Hotel (Thebarton, SA)
Saturday, 21 March 2020 8:30 PM
25 days away
18+ (unless accompanied by Guardian)
Australian Artists
Blues
Send this event to
Best described as 'neo soul’ Australian band KINGS & ASSOCIATES live show is both powerful and poignant. 3 X 2018 Australian BMA's on the back of their 2nd album TALES OF A RICH GIRL which was tracked in LA by 7 x Grammy winner Jim Scott and mixed in Nashville by 6 X Grammy winner Vance Powell.

"....Produced by Seven-Time Grammy-winner Jim Scott the album promises to be a humdinger." Randy Radic HuffPost.

As a feature for their home-town fans the Kings’ will be launching their new album ‘NEIGHBOUR’ at the Wheaty on Saturday March 21st. The album was once again tracked in LA with Jim Scott in July 2019 and this time mixed by Chicago based Jim Tullio. The band will be heading back to the US for a 2020 summer tour in support of the new album.