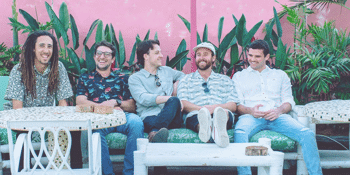 Following the successful tour that accompanied the release of their debut album, Movements, The Sea Gypsies took a well-deserved rest and began writing music again. What emerged was their own take on the Australian rock scene, with songs that were built upon earthy grooves so strong that their listeners would feel compelled to dance. Their first single of the year, Mexico, details the antics that lead singer, Luke Marlin, experienced while travelling overseas. With hooky guitar riffs, irresistible choruses that’ll get in your head and a video clip that will leave you in stitches, the Gypsies have announced that they are back and they are here to have a good time.