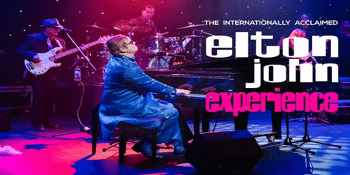 Kings Beach Tavern (Caloundra, QLD)
Saturday, 19 June 2021 8:00 pm
32 days away
18 Plus
Music
Rock
POP
Send this event to
This is the ULTIMATE ELTON JOHN EXPERIENCE. This 2 hour show highlights the biggest and greatest hits of one of the world's greatest song-writing partnerships of all time, between Elton John and Bernie Taupin. Covering iconic hits such as I’m Still Standing, Goodbye Yellow Brick Road, Candle in The Wind, Your Song, Rocket Man, Crocodile Rock, the show is hit after hit after hit! Also there is a piano medley of songs Greg performs solo where select tracks from musicals such as The Lion King and other select album tracks, leaves the audience with amazement…..even the elton fanatics!