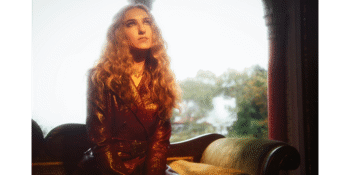 with guests
Miami Marketta, Gold Coast (Miami, QLD)
Friday, 7 May 2021 7:00 pm
1 day away
18 Plus
POP
Rock
Australian Artists
Send this event to
Australian singer songwriter Lily Papas has released her landmark debut album, ‘Encore’. Written by Lily and recorded in LA, the album encompasses years of dedication to her songwriting craft and honing in on tapping into the emotional and intimate experiences that have formed her as an artist.

Following 4 widely acclaimed singles that have won over hearts and minds across the country, the release of Encore marks Lily’s entrance to the far reaching world of Australian pop music. The album chronicles the concept of fantasy. Fantasies of love, success and fortune challenge Lily’s idea of personal acceptance and comfort within who she is. ‘Encore’ at its essence paints the tale of a dichotomy of personalities, one that desires to be outwardly classy, cool and by the book juxtaposed by the inwardly alternative character who is sensual, emotional and passionate. Where the two meet, ‘Encore’ exists.

‘This album, for me, was like therapy and tells a story. It tells the story of a girl who wanted to fit in so badly with society that she created this alter ego so she could escape her own reality and live in a fantasy world but as she lived out this fantasy the more she realized that what she actually wanted was to be herself. The more she learnt to love herself the more she realized that she didn’t want to be anyone else and could now be the person she always wanted to be, the person she was born to be.’

Sonically, the album sees Lily Papas lean on somber, heartfelt, grandiose pop focussed gems. ‘Encore’ sees Lily play with short sharp vignettes (‘Dream To Be’, ‘Intentions’), while also experimenting with large, production fuelled story telling (‘Freak’, ‘Heaven’, ‘Wild’). Lily gets most intimate on the latter side of the tracklist. ‘Party Girl’ tells an emotional tale of finding internal peace over a harrowing piano bed, leaving the perfect amount of room for her effectively perfect vocal delivery. ‘Good To Be’ perfectly highlights the ethos of the record. Summer infused, guitar chords build to grand string sections. It’s the perfect conclusion to the ‘Encore’ narrative, both sonically and conceptually. ‘Good To Be’ is about confidence and comfort in individuality, with an energy and sound that's as uplifting as it is somber.

Lily Papas opened her discography with the stellar single ‘Wild’. The debut track achieved close to half a million streams on Spotify and led to performances at the AO LIVE Stage at the Australian Open and Channel 9’s The Today Show. Following ‘Wild’ came ‘Jackson’, receiving support from Who Magazine , Brisbane’s Courier Mail and Women In Pop. ‘Jackson’ also received significant support from Triple J Unearthed. The last teaser before the album, ‘Freak’ sat in New Music Friday, Pop N Fresh and the cover of Pop Edge on Spotify