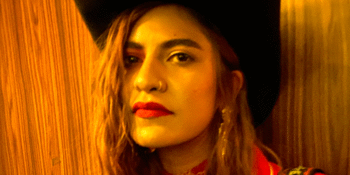 Following an ARIA nomination for Best Country Album, Tamworth-born singer songwriter Charlie Collins today returns with the grippingly honest, self-reflective ‘I Don’t Want To Be In A Rock Band’, which premiered via Billboard US The single marks Collins’ first new music since her critically acclaimed debut record ‘Snowpine’, released in May this year, and comes alongside the announcement of a new national headline tour.

Written while on tour with Gang Of Youths, ‘I Don’t Want To Be In A Rock Band’ is inspired by Collins’ long journey exploring different genres while fronting numerous bands, and the heavy heart she developed through a feeling of inauthenticity. Returning to her roots in honest and compelling storytelling lead Collins to pick up the pieces and write the music that comes naturally to her.

‘I Don’t Want To Be In A Rock Band’ was produced and mixed by John Castle (Jack River / Hatchie / Cub Sport / Angus & Julia Stone).

STREAM ‘I DON’T WANNA BE IN A ROCK BAND’

Charlie Collins has had a whirlwind past eighteen months, moving from strength to strength with every release and live performance. Having cut her teeth touring with some of Australia’s most beloved acts, such as Kasey Chambers and Gang Of Youths, plus touring with Laneway Festival and appearing at Fairgrounds, Collins has meticulously honed her sound and live performance, inviting audiences to share in the deeply intimate magic she creates on-and-off stage. Charlie Collins will also support Matt Corby at The Australian Open in January.