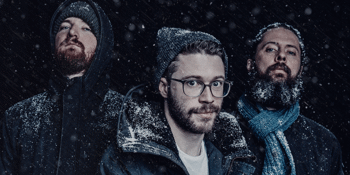 sleepmakeswaves reschedule ‘these are not your dreams’ Australian tour to 2022

with special guests
Max Watt's Melbourne (Melbourne, VIC)
Saturday, 21 May 2022 8:00 pm
237 days away
18 Plus
Rock
Metal / Hard Rock
Send this event to
Australian instrumental post-rockers sleepmakeswaves have announced their ‘these are not your dreams’ Australian tour will be rescheduled for 2022, due to the ongoing COVID-19 pandemic.

The band released a statement to fans, saying:

Once sleepmakeswaves (finally) hit the road again in 2022, the ‘these are not your dreams’ shows will feature new music from their EP trilogy of the same name.

Out of Hours EP

Not an Exit EP

‘Cascades’ & ‘the endings that we write’ streaming online at
www.sleepmakeswaves.bandcamp.com

Watch ‘To Live Is To Die’ (Metallica)
https://www.youtube.com/watch?v=ektGmfe1wwM