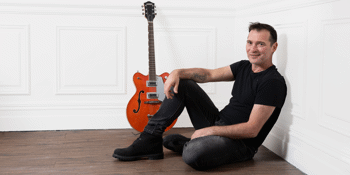 After taking 12 months off to start a family with the birth of his first baby girl, Brand will be hitting the road again with a renewed vengeance!

Coming off his previous 20 year Anniversary Milestones record breaking tour, Brand is set to up the ante with an even bigger than ever live show.  This concert event will see him performing all his number #1 smash hits including classics like, Last Man Standing, Get Loud, Good Friends, Grandpas Piano, Dirt Track Cowboys, The Anzac, Hell of a Ride and many more.

Adam is known for his infectious and rowdy stage presence that beams from his cheeky smile, through to the more tender on stage moments that only comes from someone who has lived and breathed the realities of life and is not afraid to sing about them.

Armed with a brand new single titled “Life’s Been Good To Me”, that the critics have already labelled as “his best and most positive work yet”....this national tour is set to be his biggest ever!

Special Guests, “Cornell & Carr” both hit makers in their own right and now country music’s hottest new duo will also join the tour in what is fast becoming a breakout year for the new duo.

The national “Speed of Life” tour blasts off March 2020.

“Someday we’ll look back on this night...
This is the Time of our Lives”