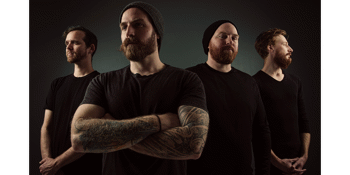 After taking an extensive break from touring Caligulas Horse are back in action in a big way! Before they head across the country supporting The Butterfly Effect with Thornhill in September and October the band will do a once-off warmup show, showcasing the bands latest album 'Rise Radiant' and classic songs from their back catalogue.

Caligula’s Horse, hailing from Brisbane, Australia, are a leading light in contemporary progressive metal. Their 2020 release "Rise Radiant" is the band's most focussed and potent artistic statement yet, an uncompromising exploration of the human experience dressed in vivid musical colour and virtuosic performances. Rise Radiant is an anthem for the regeneration of self-belief, an exploration of the themes of legacy, and a rallying cry for survival. With the release of Rise Radiant, Caligula’s Horse celebrated their highest international chart positions yet, highlighted with #23 on Australia’s ARIA Albums Chart, and #43 on the German Albums Chart, plus #5 UK Rock Albums and #10 USA Current Hard Music Albums. Rise Radiant has registered over 5 million streams on Spotify to date, and has received fantastic reviews worldwide, with Prog Magazine (UK) calling it “the best yet from Caligula’s Horse, a triumph of passion and performance.” Produced by the group’s Sam Vallen and mixed by the esteemed Jens Bogren (Opeth, Devin Townsend Project, Leprous), Rise Radiant features lead single ‘Slow Violence’, plus 2 bonus track covers of the Split Enz song ‘Message To My Girl’ & Peter Gabriel’s ‘Don’t Give Up’, which also features a guest appearance by Lynsey Ward of Exploring Birdsong.