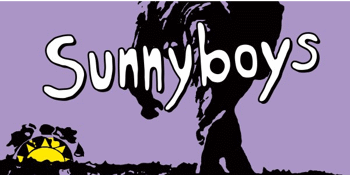 Sunnyboys - The Return of the Fab-Four

In these times of disease and flood and gruelling election speak, there can be only one remedy: rock ’n roll! And who better to deliver that than Sunnyboys.

The fab four of Jeremy, Richard, Pete and Bil will emerge from the gloom to deliver a handful of low fuss, no frills, hi-energy rock ’n roll across a three states this winter, reminding us of better days and sunnier times to come.

"Closing the main set with I’m Shakin', Sunnyboys left everything they had on the stage, pushing themselves to the limits even coming out onto the front speaker stacks for a shred.” gclive.me

"The Sunnyboys were meant to be heard live and their re-emergence was the greatest thing to happen in Australian music since Wave Aid (benefit concert for the Asian Tsunami).” - Weekend Notes.

“There’s so much love and respect in the room its quite remarkable, and the four-piece return the favour with Love To Rule and the irrepressible Tunnel Of Love preceding the first true banger Happy Man, which prompts the euphoric crowd into a singalong frenzy from the very first note.” - The Music

When they last toured in 2020 Sunnyboys chose the salubrious surrounds of Taronga Zoo, Melbourne’s Forum, Brisbane’s Tivoli; this time though, the band will get down and sweaty playing intimate venues more akin to their breakout year of 1981. It’s an experience not to be missed.

Melbourne pop-rockers Even will join the fun in Sydney and Melbourne while former Screaming Tribesman frontman Mick Medew will bring his Mesmerisers to Brisbane and Byron Bay.