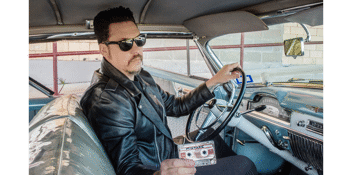 Jesse Dayton "Texas Down Under Tour"

Moonshiners Honky Tonk Bar (Tamworth, NSW)
Thursday, 6 August 2020 7:30 PM
169 days away
18 Plus
Music
Send this event to
Austin Texas guitar-slinger/songwriter Jesse Dayton is heading down under for his 1st tour of Australia.  Dayton, whose recorded and played guitar with everyone from Waylon Jennings, Johnny Cash & Willie Nelson to The Supersuckers, Duff McKagan (of Guns & Roses fame) and the iconic punk rock band, X.

Dayton has always wanted to tour Oz, “Some of my fav rock acts are Aussies like, The Saints, AC/DC and Rose Tattoo.  I mean let’s face it, Texas and Australia are both outlaw music territories.”.

Dayton’s last 3 solo records have been hailed by critics and live music fans alike all over N. America and Europe.  Dayton says, “It’s time to get in some venues with a bunch of working class Aussies and watch the sparks fly!”.   And indeed they will...  The all original member Jesse Dayton Texas band hits Australia in August on 2020!