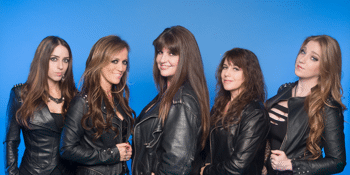 The Cambridge Hotel (Newcastle, NSW)
Wednesday, 23 February 2022 8:00 pm
291 days away
18+ (unless accompanied by Guardian)
Rock
Send this event to
Formed in 2001, The Iron Maidens have quickly established themselves as one of southern California’s most popular tribute acts and are rapidly gaining international recognition. The band boasts beauty as well as excellent musicianship, lively stage presence, and a remarkable stage show with theatrical scenes interspersed throughout.