plus special guests The Eradicator (USA) and Flangipanis
Crowbar Brisbane (Fortitude Valley, QLD)
Friday, 1 May 2020 7:00 pm
98 days away
18 Plus
Punk
Rock
Send this event to

Teenage Bottlerocket has always been rad. Formed in Wyoming in 2000, they were rad when they released their debut album, Another Way, in 2003 and almost two decades – as the title of this eighth studio album suggests – they remain just as rad. Following on from 2017’s Stealing The Covers – which, funnily enough, was a record of cover versions – these 14 short, snappy and stylish punk songs are centered around the songwriting chops of guitarists/vocalists Ray Carlisle and Kody Templeman (who also fronts The Lillingtons) and overflow with Teenage Bottlerocket’s typical mix of humor and poignancy, silliness and melancholy. But it’s also the first album of original material that the band – completed by bassist Miguel Chen and drummer Darren Chewka – made following the death of former drummer and Ray’s twin brother Brandon in 2015. May 2020 will see Teenage Bottlerocket return to our shores to show us how Rad their lives shows are.

To keep the comedy flowing joining them on the tour will be Chicago IL own The Eradicator. The Eradicator is a punk band devoted to the classic Kids in the Hall sketch of the same name. So if you hate tennis and prefer squash as the dominant sport, this is where you will find you place to rejoice.

To round this tour off as the punk package not to be missed this year will be Brisbane locals Flangipanis. Flangipanis are a male-backed 4 piece pop punk  band from Brisbane. Their songs are about drinking, fucking up, getting fucked up, and sometimes fucking. They have countlessly toured Australia and recently have a new ep released called Community Backwash.

So if you are all about having fun and having a good time don't miss this tour. Also if you like punk but hey isn't fun what its all about.

All tickets available from the 10th of Jan from Oztix except Canberra from Moshtix. Perth FNA Fest ticket details tbc. 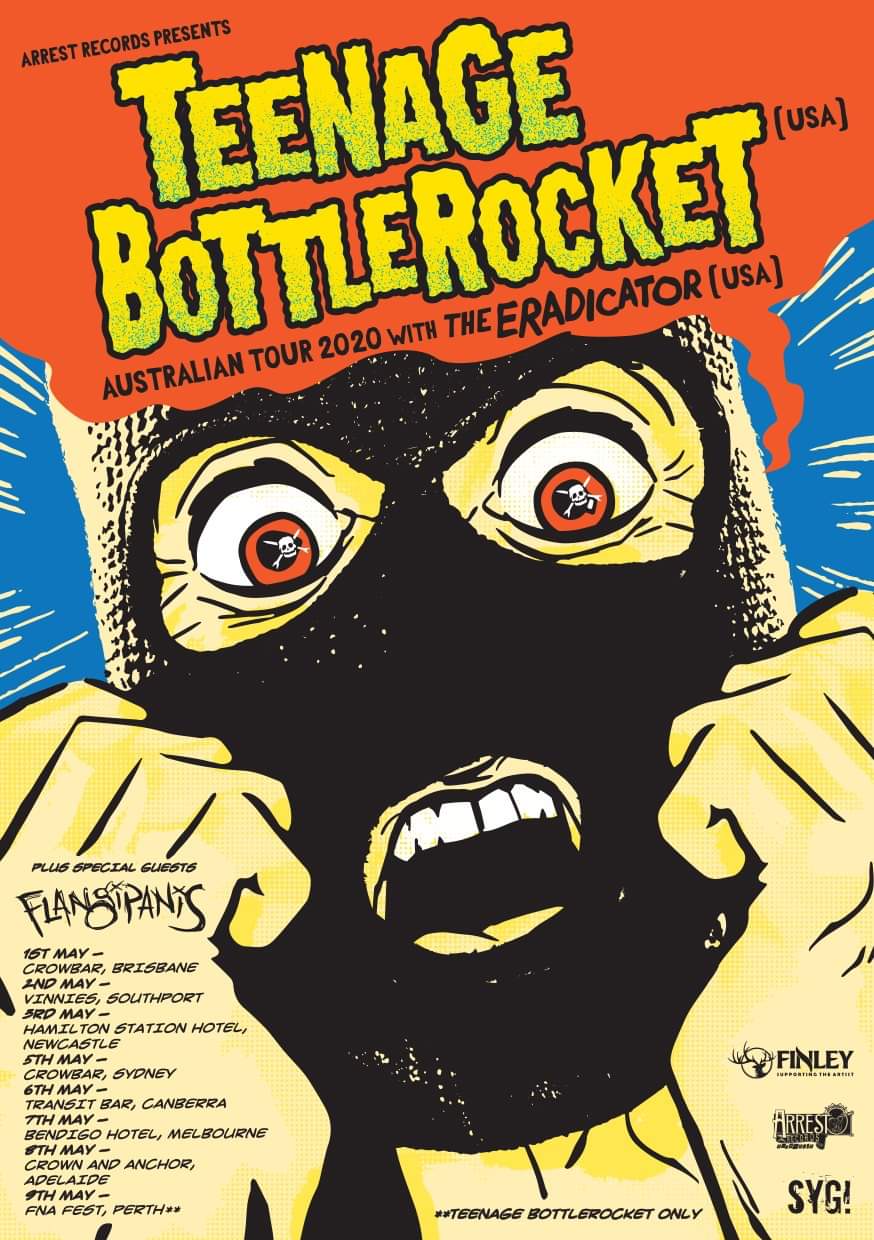