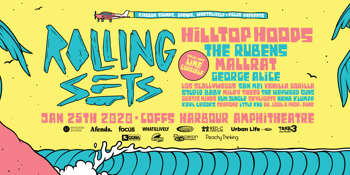 Call your crew, throw together your best festi-threads and wax your board - Coffs Harbour’s newest beachside festival is just around the corner and the perfect excuse to kick off your end-of-summer long weekend road trip.

Held on Saturday 25 January 2020, Rolling Sets will boast a local line-up of Australia’s most respected artists, along with an eclectic mix of homegrown foodies, peddlers, skaters, makers, musos and sponsors. Coffs Harbour Amphitheatre will play host to the event, leaving festival-goers dancing to their fav bands in front of peeling barrels and skate demos, all while indulging in the 280- degree views of Coffs Harbour’s surrounding salt water delights. 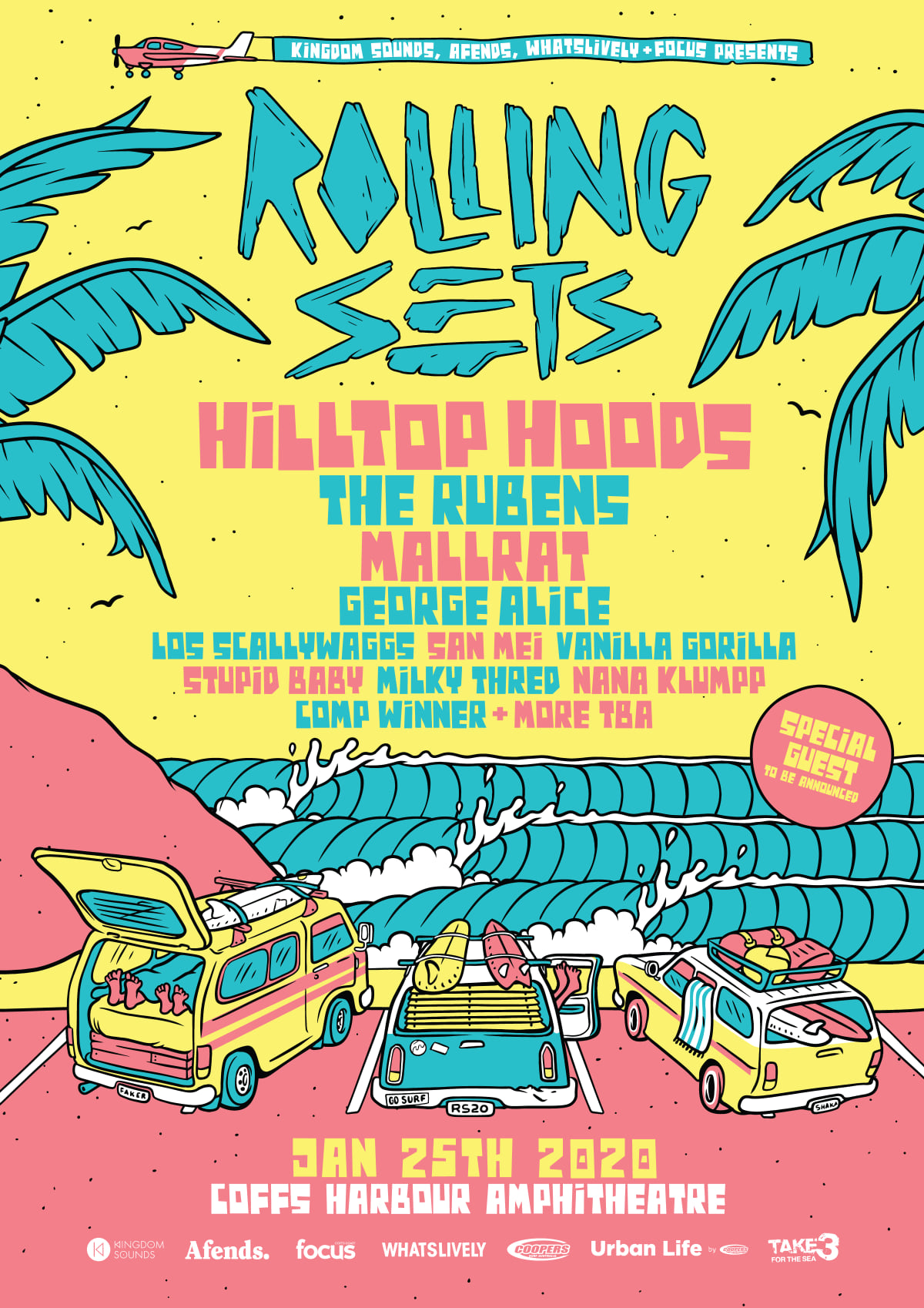 Australian Hip Hop royalty, Hilltop Hoods, are set to headline the inaugural Rolling Sets festival. With nine ARIAs under their belt since 2006 and over one million album sales thanks to illustrious works like their most recent number 1 album The Great Expanse. The trio have recently impressed massive crowds, having performed to over 80,000 fans across seven shows around the nation in the second leg of their "The Great Expanse" world tour - a tour that has since made history by becoming the largest tour of any Australian act in 2019.

Joining them will be the ever-popular and award-winning indie rock band from New South Wales, The Rubens, whose studio album in 2018, Lo La Ru, became their third to debut within the ARIA top 5. The band will pump out tunes soaked in copious amounts of soul, taking you on an unforgettable
journey across their many hits and crowd favourites such as “Never Ever”, “Hoops” & new single “Falling asleep at the wheel”.