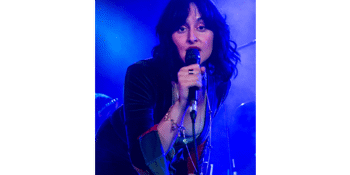 Thornbury Bowls Club (Thornbury, VIC)
Friday, 3 December 2021 7:00 pm
Today
18 Plus
Music
Indie
Rock
Australian Artists
Soul
Send this event to
Bernadette Novembre is a Melbourne based singer songwriter who defies the musical mainstream standards of today. Her music is a mix of late 1960's Rock such as The Doors, George Harrison, The Beatles, Jimi Hendrix, Jefferson Airplane and David Bowie interspersed with modern Alternative Rock such as The Killers, The Last Shadow Puppets, Arctic Monkeys, Lana Del Rey, The Strokes, Franz Ferdinand, Oasis and the Babyshambles. Bernadette has a big voice infused with a Janice Joplin-esque timbre and even bigger stage presence. Her performances have attracted the attention of international artists and she has played support to band members of The Rolling Stones and The Bamboos. Her music has even caught the attention of international musicians such as Binky Griptite (Guitarist for the late Amy Winehouse and former Dap-King of Sharon Jones and The Dap-Kings) with regular airplay on his radio show in New York The Boogie Down on WFUV. Currently Bernadette is writing her debut full length Album and is previewing her new sound to audiences around Melbourne - starting with Swamplands!

If you want to hear what Bernadette has been up to, then this is not to be missed!

The line up also features the amazing SPAWN and Ash Acid

Originally formed in 2016 as a doom-metal outfit, SPAWN has been reborn in 2021 through mutual worship of late ‘60s psychedelic rock, eastern scales, and spirituality.
Consisting of 7 multicultural members, SPAWN’s live performance is spellbinding. A combination of hypnotic drummings, eastern-influenced guitar/sitar/keys melodies, and compelling deliveries from four vocalists make SPAWN a flowing, graceful immersion that equally represents the old world and the new.
SPAWN looks forward to meeting you in MUSIC and LOVE. All is Shiva.