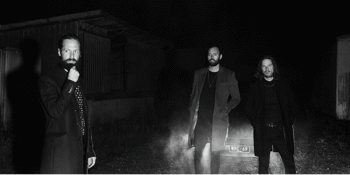 All The Colours - Vol 3 Album Launch

F & The J's, The Crookeds, Purple Jesus & Lemon Daze
Bendigo Hotel (Collingwood, VIC)
Saturday, 29 February 2020 8:00 pm
5 days away
18 Plus
Metal / Hard Rock
Rock
Alternative
Music
Punk
Send this event to
All The Colours are a band inspired by the timeless. Never trying to fulfil current trends but forever influenced by the greatness of whatever musical decade or genre feels the most poignant to them at any current time. Be it the exploration of 70’s guitar virtuosity or the succinct pop of the 60’s to the density of 90’s alt-rock, all things are obtainable and are to be taken and developed into something fresh and progressive. There is a clairvoyance that can leadthem wherever the music wants to go which you will understand if you see them live.

Their recently recorded 3rd album, ‘Vol. 3’ was tracked in Hollywood at Vox Studios and was produced by Grizzly Bear band member and producer Chris Taylor (Dirty Projectors, Twin Shadow, Solange). The record is a nod to the 90s alt-rock the band grew up listening to in their formative years. The sound is immediate and captivating with just the right amount of polish and a touch of the unhinged.