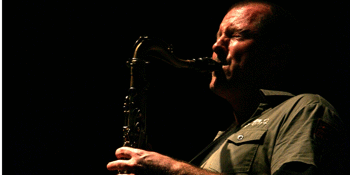 Recently nominated for The Freedman Jazz Fellowship (2021); Bell Award nomineee for Young Australian Jazz Artist of the Year (2015); and recipient of the Sir Zelman Cowen School of Music Jazz Prize (2013), Jessica Carlton is a trumpet player and composer originally from Melbourne who has made a new home for herself in Western Australia.
A passionate fan of ECM music and Australian jazz, Carlton has formed a group to explore arrangements of these tunes and original compositions. The focus of this group is to experiment with soft, emotive playing that is at times melancholic and nostalgic, but also hopeful.
Carlton will be joined by the incredible musicianship of Jeremy Thomson (guitar), Zac Grafton (double bass), and Sarah Ramsey (vocals).

Having all grown up together in Perth, Western Australia, The Love Rats have a deep musical connection that spans over 10 years, resulting in a unique, creative sound. The band lived and studied together at the prestigious James Morrison Academy of Music, where they studied under the tutelage of some of Australia’s most renowned and in demand jazz musicians. Each individual member has a unique musical voice, informed by a broad taste in music, coming together as a collective to create an inspired sound. Now living in Perth once again, The Love Rats are one of the hottest tickets in town.
Joining them for this special performance is Perth’s vocal sensation Lucy Iffla. Since recently graduating WAAPA, Lucy has been nominated for a WAM Award as well as being selected as a finalist for the National Jazz Awards. She has also headlined at the Perth Festival and International Jazz Festival. Lucy's love for diverse genres has developed her personal vocal sound, which is an elegant and timeless voice beyond her years.
This collaboration is one you won’t want to miss!

The Jamie Oehlers Quartet is one of Australia's finest jazz exports, having performed throughout the world at major festivals and clubs in New York, London, Berlin, Amsterdam, Dublin, Prague, Tokyo, Shanghai, Manila and everywhere in between!
Known for their no-holds-barred approach to performance, this group consistently thrills audiences with their twists and turns through well known jazz repertoire, and their own original material. As well as Jamie on saxophones, the band consists of three of Perth's most in demand rhythm section players in Harry Mitchell on piano, Zac Grafton on bass and the groove conjuror himself, Ben Vanderwal on drums.